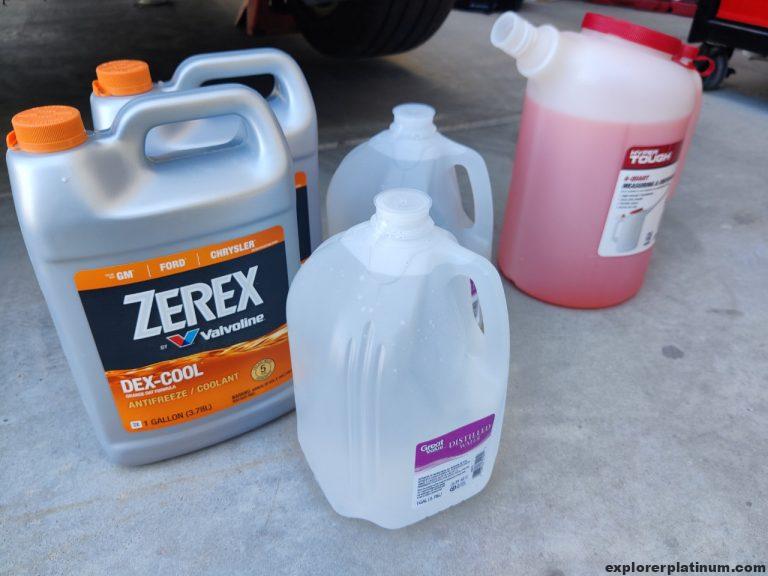 Ford’s maintenance schedule recommends to change out the coolant at 100k and another at 150k. My car is at 55k miles and the coolant still looks pretty decent. There’s no contamination or discoloration of the fluid so I decided that draining and filling  was the best route instead of a full flush. I decided to go with Zerex by Valvoline concentrated antifreeze and adding distilled water to dilute it. Why did I go with Zerex Dex-Cool instead of Motorcraft? It was a lot cheaper and it met Ford’s WSS-M97B44-D2 specification.

Jacking the front should be good enough. 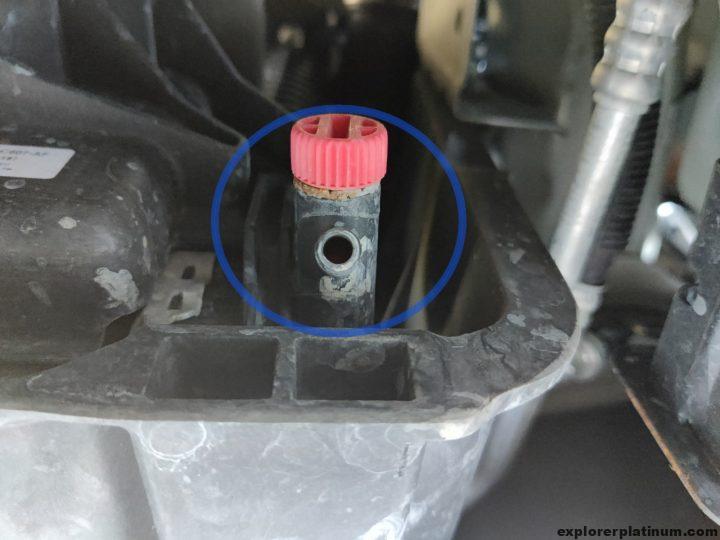 It should be near the passenger’s side. 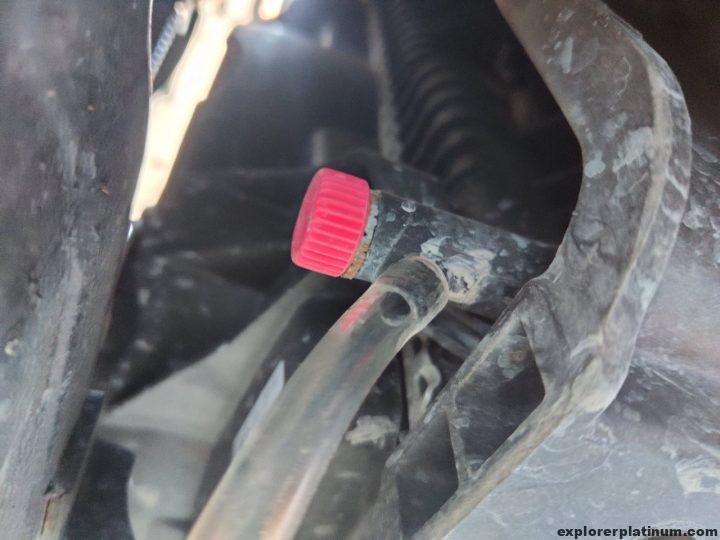 I decided to attach the tubing so the coolant goes straight into the bucket so less mess is created. 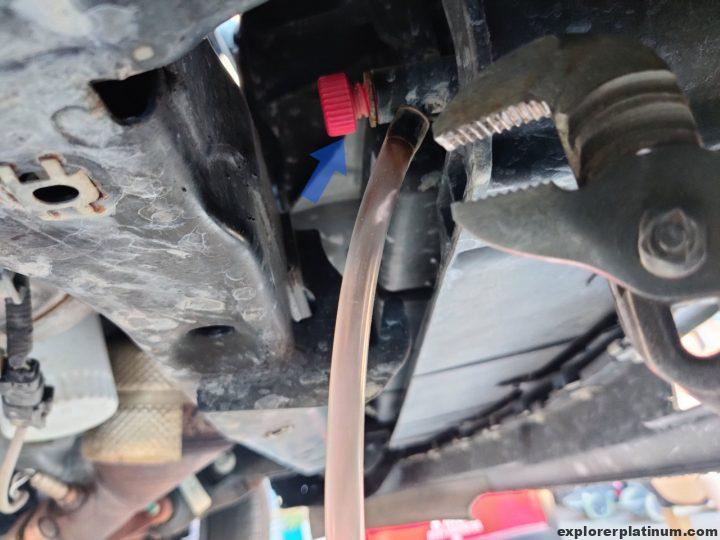 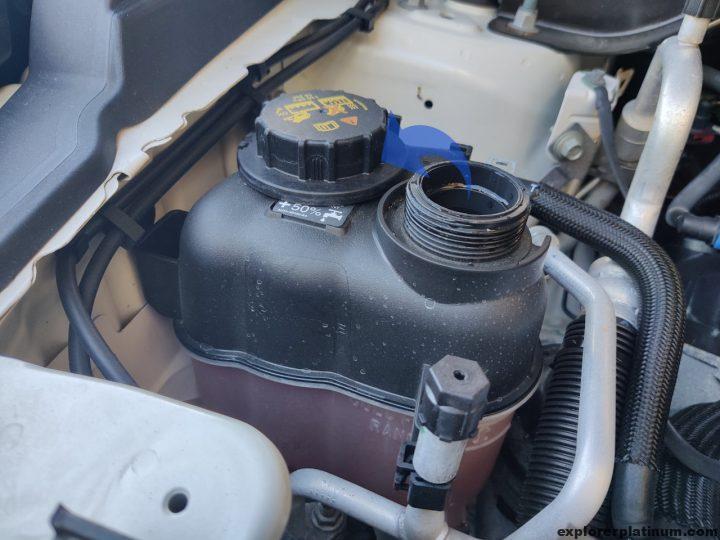 Next I uncapped the coolant reservoir to release any vacuum pressure. 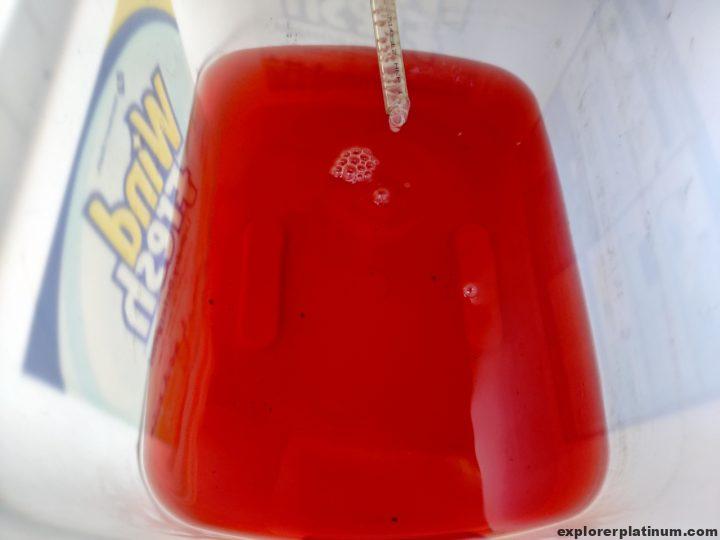 Here’s the coolant being drained. I noticed some black specs, upon research this looks like some internal coating just flaking off and shouldn’t be alarming. 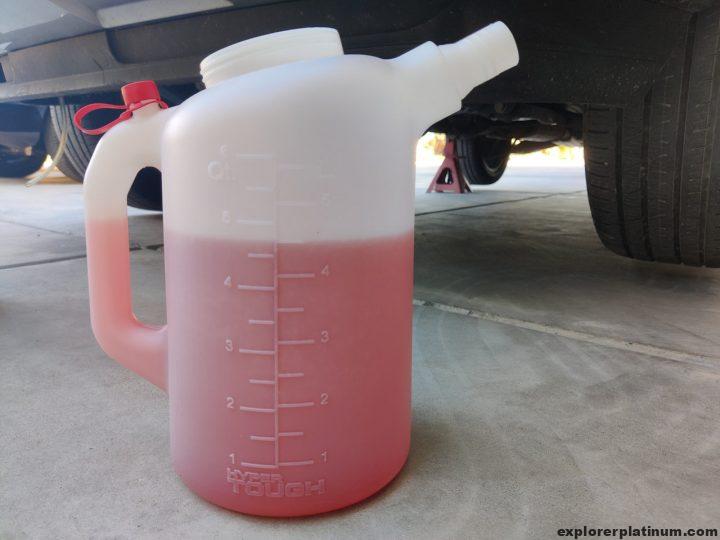 I was able to drain out 4.75 qt during the first drain. 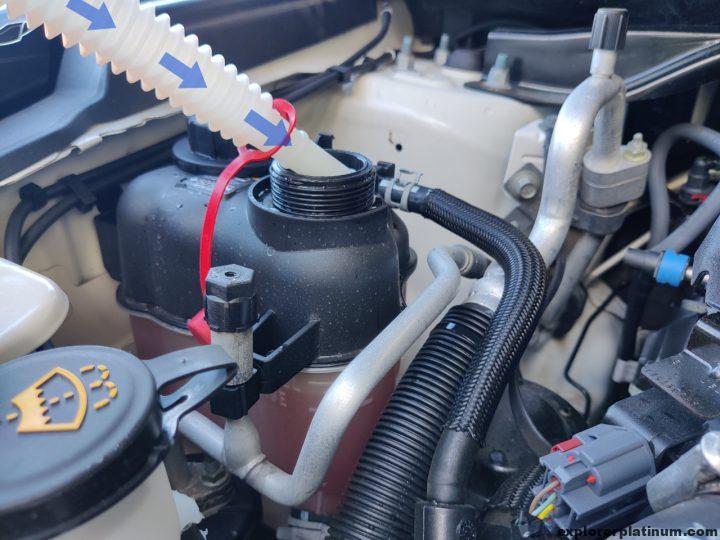 Next, I proceeded to mix distilled water with the coolant concentrate to create a 50/50 mixture and then filled the reservoir to the max line.

Step 7. Wait for the radiator to fill up with the coolant.

For this step I started the engine and let it warm up. Once the engine was warmed up, I turned on the heater at full blast. Then I would keep the engine at a constant 2k rpm for 30 seconds. I would do this 2 more times so the coolant gets sucked into the radiator. I made sure the reservoir never went empty but if the reservoir was close to being empty I would add just a little more coolant. I purposely didn’t keep the reservoir at the max line because I noticed during a drain it’ll pull the fresh fluid from the reservoir. Essentially, I would be wasting the new fluid. To prevent this from happening I’ll just fill it with the bare minimum. Once it appears no more fluid is going into the radiator then I would continue onto the next step and drain the fluid.

I turned off the engine and repeated this drain and fill procedure 2 more times for a total of 3 times.