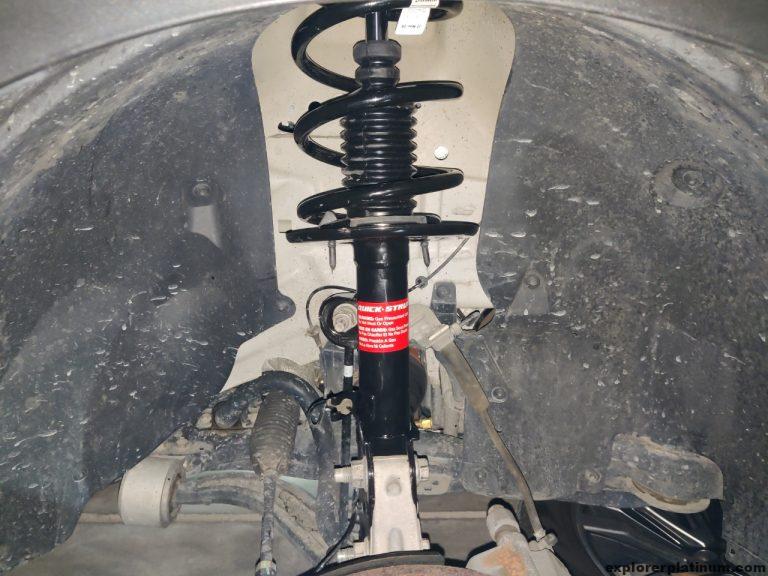 You know the new car feeling where the car feels like it’s planted and absorbs all the bumps very well. So at 55k miles and tons of free time I thought changing my suspensions/struts will achieve the new car feeling. On my Xterra, I had changed my suspensions/struts to Monroe and had good experiences. I was hoping I had the same experience with the Explorer but sadly I went back to OEM. You can read about my experience here. Other than that, here’s how I changed my front struts:

Slightly loosen the 19mm lug nut from the front tire so when it’s off the ground it’ll be easier to take off.

Step 3: Take off the lugs nuts and remove the wheel.

Now that the wheel is off the ground, you should be able to take the lug nuts off entirely and remove the wheel.

Step 4: Put some support under the lower arm. 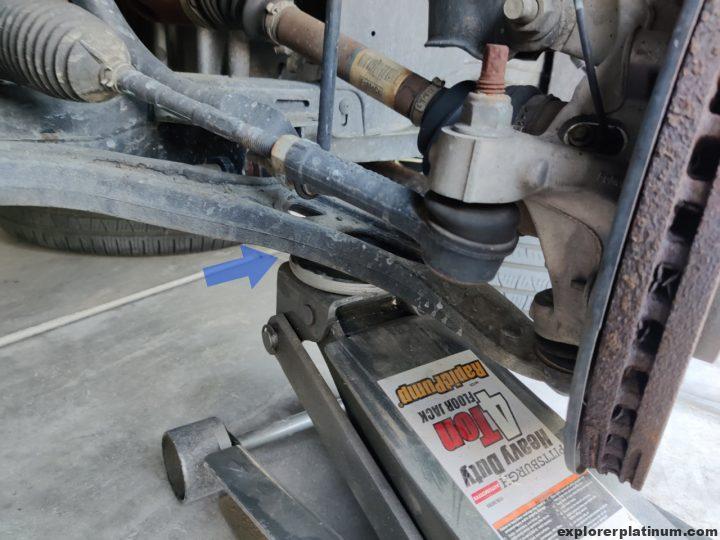 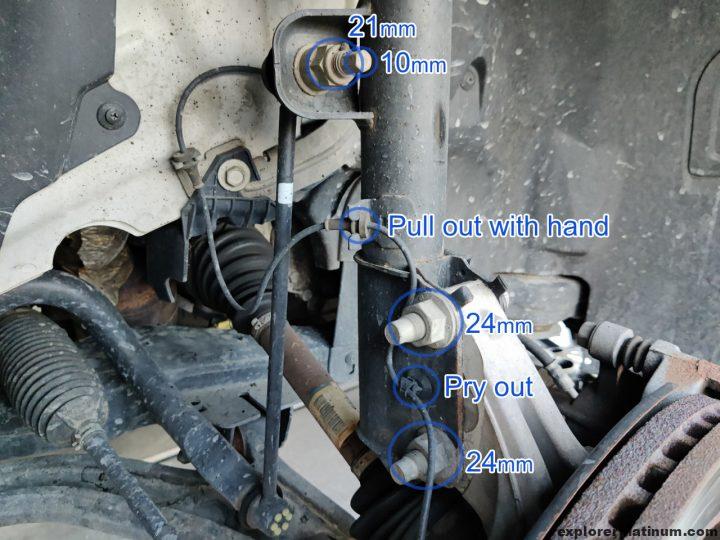 First, I removed the top stabilizer bar link nut. I had to use both 21mm and 10mm wrench. 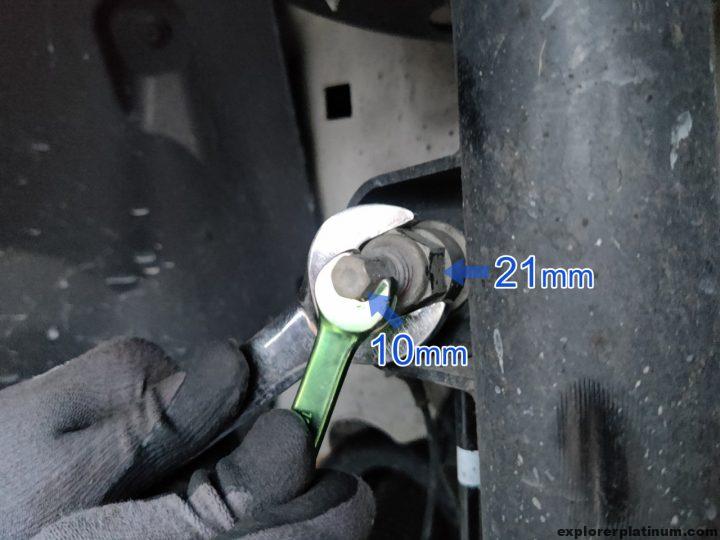 Once the nut is removed you might noticed there’s no clearance to remove the stabilizer bar link. If the front wheel is entirely off the ground, you can freely turn the disk brakes until there is clearance and then just push it out. 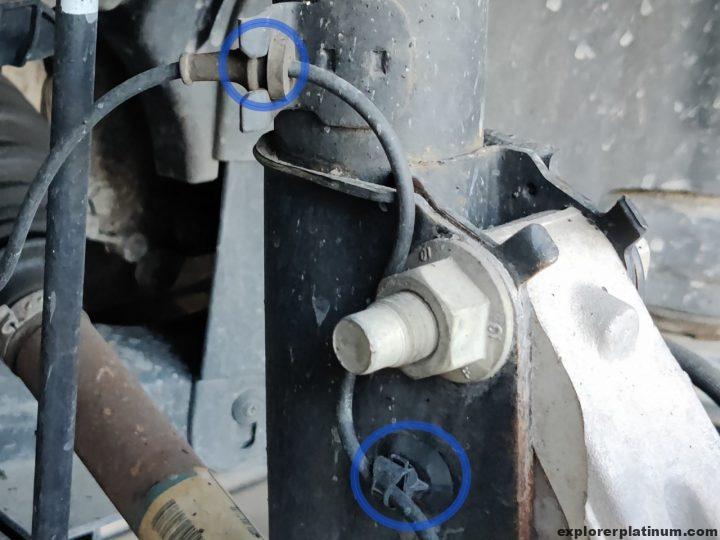 For the top part, I was able remove it just by tugging it out. For the lower piece I wedged in a flat-head screwdriver to create a small gap, then I wedged in a needle nose plier and finally pried it off. 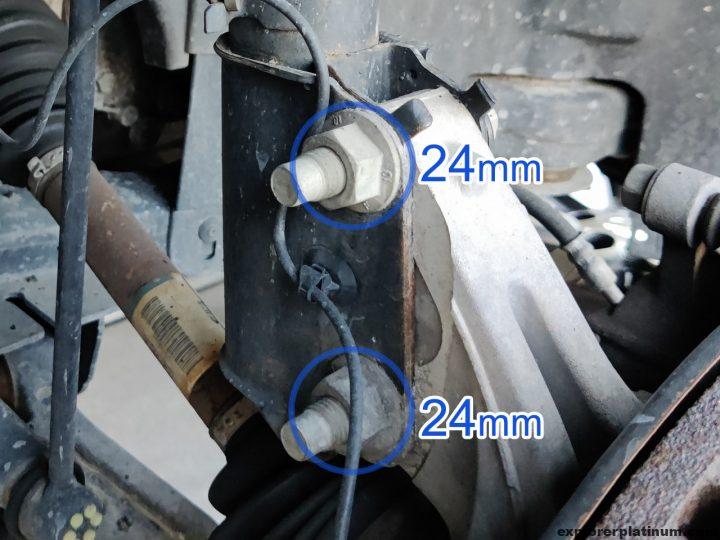 These nuts were difficult to remove due to the amount of torque + corrosion. So I highly suggest breaker bar with a 24mm socket. 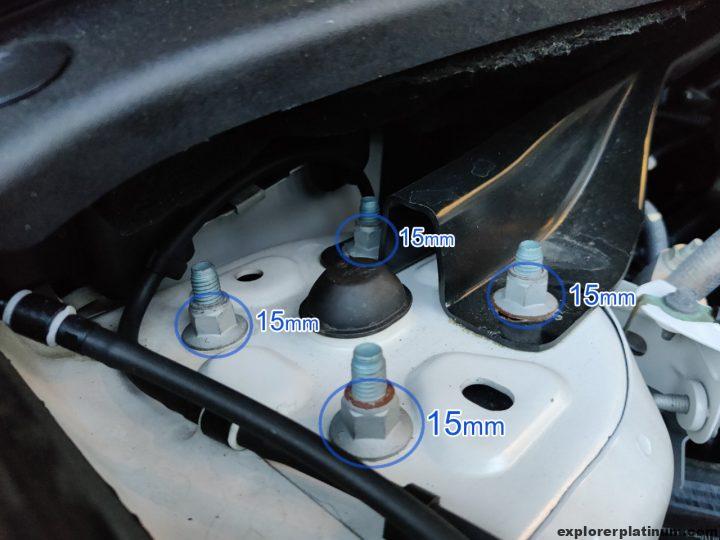 Now the strut is removed. Do the reverse and install. 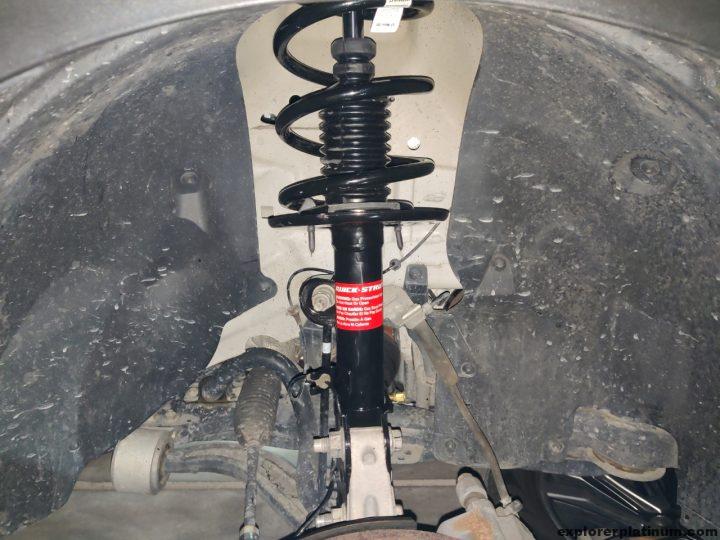 Tada! Front struts installed. Eventually I went back to the OEM struts that I saved to the side. In the future, when I have more funds, I’ll be replacing them with OEM Motorcraft struts (ASH24673) to see if there is any improvement in ride quality.